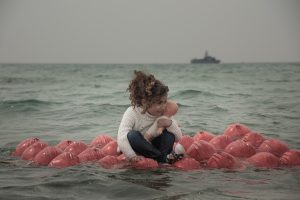 War is the most destructive activity known to humanity, with its sole purpose to use violence to compel opponents to submit and surrender. Throughout history, artists have attempted to paint a visual history of warfare, showcasing not only the artistic responses to war but the meaning of violence itself. “The Resistant” is a readymade-photograph exhibition that showcases events that took place in Syria over the course of the last 7 years. It aims to confirm and remind the world of the existence and impact of the Syrian war, lest we forget and slide back into the same scene. Some claim that the situation in Syria is on the right track, and that the end of the conflict is imminent. However, I felt it my duty to take part in the exhibition, to showcase my humanitarian stand in support of the defenceless civilians suffering from the scourge of war. At the heart of the Syrian uprising was the unarmed civilian; the one caught in between the Syrian government led by Bashar al-Assad’s and proponents of the Arab uprising. My project is a summary of the humanitarian crisis from its genesis, 7 years ago to its current state. The Syrian Civil War is arguably the worst humanitarian crisis since the Second World War, one that should never be forgotten. My projects are a reminder to the Syrian people that their rights will not be lost! My collection does not claim to summarize the Syrian crisis; far from it, it is an individual attempt to document the reality through non-traditional art.