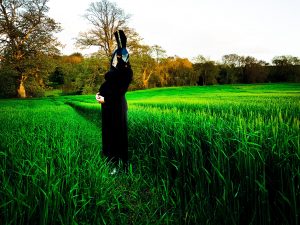 The Magdalene Laundries were institutions ran by the Catholic church in Ireland, which were used to house 30,000 women from the late 18th century to the 20th century. The first one was founded on Lower Leeson Street in Dublin in 1756 and the last one didn’t close down until 1996. If a woman slept with a man outside of marriage, she shamed her family and became an outcast of society. For women who had unplanned pregnancies outside of marriage, unless she agreed to marry the father before the baby was born, she would be driven out of the family home. If pregnancy occurred and marriage was not likely, she would be sent away until the baby was born. Women would be expected to give the baby up for adoption, never to speak of the matter and to have no contact with the child. The ‘fallen women’ of Ireland were sent to these institutions. The work came in the form of laundry, the nuns made a business from washing the clothes and linen of wealthy families and businesses in the area. Remember this was all done without the use of a washing machine, which meant long days of scrubbing, bleaching, wringing, pressing and packaging and folding. On top of this work, these women were also subjected to a rigorous schedule of prayers and penance to atone for their sins. Since they were not considered ‘good catholic’ girls they were treated harshly. The women could never leave the grounds unless a family member had signed their release for them to come home. In the outside world, they were treated with weariness and contempt, subject to staring and verbal abuse. They became known as ‘the maggies’ and over time the laundries became more like a prison. The survivors of the Magdalene laundries suffered physical, emotional and spiritual abuse. Tackle the rabbit (2018) are performative photographs of a pregnant woman in modern rural Ireland in 2018. The performer conveys those dark times for the women of Ireland who suffered in silence, the women who thought they didn’t have a voice, the women who suffered turmoil because of the actions of someone else, the women who didn’t have the right to a say of their own bodies, the women who were labelled prostitutes, homewreckers, dirty, used, criminals, unfit mother, and for the women who didn’t feel welcome in their own country. For the ‘fallen women’ of society, who challenged traditional notions of Irish morality, the performer stands with confidence, with her hands placed on her unborn child, showing us strength, confidence and freedom. On the 25th of May 2018, it was a monumental day for the women of Ireland, their voice was finally heard. The country voted yes against anti-abortion laws and it was a huge turning point for the women and men of Ireland, for our future generation. The minister for health Simon Harris stated: ‘‘Under the eighth amendment we used to say to women in crisis: take the boat or take the plane. Today we say, take our hand.” (The Guardian, 2018). It was a quiet revolution that has been taking part in Ireland for the past 10 or 20 years and the people of Ireland have spoken. Ireland has been influenced by America and Europe and has changed and is changing as Mr. Varadkar said ‘’we want a modern constitution for a modern country’’ (The New York Times, 2018) The Eight amendment being abolished shows us that our country respect women, respect their bodies and their right to make their own decisions, we are not treated like second class citizens anymore, we have a voice and we will use it. For many abortion supporters the result was an affirmation of being accepted by society and separating the church from the state. The catholic church influenced Ireland for over a decade and was heavily involved in referendums, the decision was hard for a lot of people in a country where the legacy of the catholic church remains powerful.